IDAHO BOYS IS A TELEVISION DISRUPTOR

At Unbound Publishing, we love creative new ways to do things, especially when they challenge the antiquated and entrenched power structures that block the success of the little guy. This is exactly what we are seeing with the plucky endeavor of a small group of actors that are producing their own television series. They are creating first and asking for validation second.

In today’s distributed access to fame, normal channels to success are no longer needed. There was a time that you looked to be ‘discovered’ in order to be able to become famous. Now, you are in charge. You just need to create enough buzz to get people to watch. Ultimately the landscape of how we create art, media, literature and ultimate fame has completely changed. This phenomenon is represented in the grassroots creation of the entertaining TV series, Idaho Boys.

The show’s “webisodes”, seen on Facebook and Youtube, revolve around two brothers who are constantly battling to save their family farm. When all avenues seem futile, the brothers, played by real life brothers, Troy Ozeander (Cameron Crain) and Jerry (James Russell) are confronted with an entertaining idea to attract listeners to their hillbilly radio show. Having more listeners is believed by the Ozeander boys to be a method which will produce more ad revenue; money they need to rescue their farm. The plan becomes complicated by periodic attempts to be sensational and the hijinx among the disparate characters is reminiscent of a countrified version of Three’s Company. The antics are entertaining and the concept is solid, but the real story is how they have tapped into the modern ethos of distributed creation and marketing. 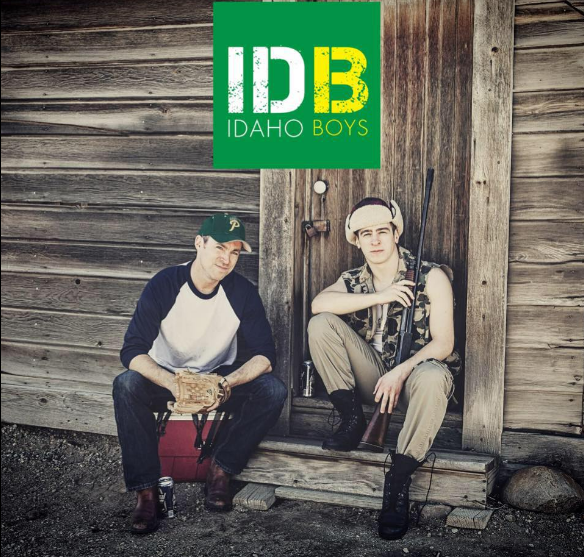 The show’s foundation is completely organic. It was conceived of and created by a small group of actors (not yet household names, but an accomplished group). Instead of going through conventional and traditional routes, like pitching an idea to a studio, creating a pilot and hoping for the show to be picked up, this group has self-funded, crowd-funded and created the show from the ground up. 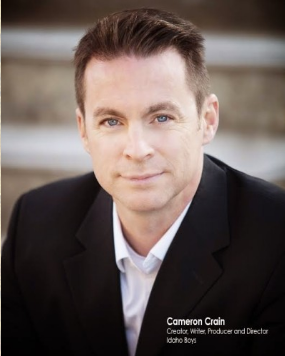 The group is lead by the two brothers who also star in the show, Cameron Crain and James Russell. Cameron was the longtime president of the Nevada Shakespeare Company, where he acted, directed and produced nearly 2 decades of perpetual stage events. He has also had appearances in the movie A Single Woman, where he had multiple roles. Currently, in addition to creating Idaho Boys, Cameron is developing his career as a standup comedian and playwright. He penned Nevada: It Ain’t Just Vegas Baby! Which toured to the Edinburgh Fringe Festival in Scotland.

ONE PRODUCER’S EXPERIENCE IN A NO-BUDGET INDIE FILM MARKET

When I first started out in the film industry I volunteered to be a script supervisor for a feature
film to be shot in Utah by an LA filmmaker. The filmmaker was so unprepared for the shoot I
ended up producing the feature film since I found and locked in local crew, found and secured
most of the locations to shoot in, auditioned and helped locked in the cast, ended up running the
craft table, and still occasionally acted as script supervisor and even PA’d when the pa was
promoted into the camera department.

Oh yeah, I was also assigned to acquire the wardrobe
and wrangle it on set. I’m flexible and intelligent, but I’m also human. When one person has to
juggle nearly every ball in the production things get overlooked. Tempers flared on occasion,
and people started to blame others. It was a fabulous introduction into the low/no­budget film
scene and I’m glad I experienced it. This project caused me to crash physically for about a week
straight, but when I bounced back the fire had consumed me­­ I had to make movies.

Since that experience, as a producer I have worked closely with four local Utah directors. All of
those experiences were very unique and each of those relationships are in a different phase. I
married one of them (Chris Adler) and so far we’ve been working for three years on short films,
music videos, and we have several features in development. Our current active project is called
“Sanctus”.

Sanctus is a psychological thriller based on concepts from “The Uncanny”, which is an essay
written by Sigmund Freud, about things that cause the human mind to reject what it sees, feel
repulsion, and experience the notion that we’re experiencing a repressed memory. It’s a horror
film without a narrative, but with all of the elements in place to allow the viewer to supply their
own narrative. It’s a pretty amazing production.

We’re currently in the middle of a crowdfunding
campaign for the film on IndieGoGo and need to raise our budget to shoot the three remaining
days and pay the cast and crew for the first shoot day that we’ve already completed. With a
short film there’s no profit or income potential, so there aren’t any investors out there we can
track down. We have to find fans of the genre and fans of ourselves as filmmakers to make it
happen. And it’s really hard work. We’re almost two weeks in and we’ve spent a ton of hours to
get where we are currently and we have so far to go still.

When I think back on all of the projects I’ve worked on and the experience I had on those
projects, I come to the following conclusions:

● I feel terrible when I work on a production where people aren’t being paid for their hard
work and dedication. It’s hard enough to find talented people to work with who can work
well with others, but when you can’t offer them money for spending their day on your set
it really sucks.

● I myself have only been paid to produce one project in the last four years (and that was
only for actual days on set). Producing starts at development and ends long after post
finishes if the film plays in the festival circuit. Producers put in far more time than any
other position in the crew generally. Yeah, you’re welcome.

● Most directors really don’t understand what a producer does, especially if they’ve never
produced themselves. So many balls to juggle, decisions to be made, and personalities
on set to wrangle. Things need purchased, last­minute cancellations need to be
managed, and even little details like where people can park or go to the bathroom land
on us. We don’t have location departments or art departments. These film have no
money for that.

● Most directors expect producers to do pretty much everything that they don’t want to do
themselves. Some parts of filmmaking are a blast, and others are mind­numbing and
tedious. I dispose of the shit so the director doesn’t smell it. Most of the time the director
never even gets wind that there was a problem.

But in the face of all of it, I love filmmaking. I love watching an idea come to life. I love being
surrounded by a group of artists as we come together to make something unique, entertaining
and meaningful. I love nurturing and encouraging a director vision, starting at the beginning of a
project­­ when rough ideas shared over coffee transform into to a script, and eventually into to a
finished film.  It draws me to it.

The struggles and disappointments don’t drown out the intense
satisfaction I feel on set, and later during a screening. I’m proud of what I do, and how I do it. I
feel the drive to help others around me succeed and grow. I offer them opportunities to shine
while still keeping the integrity of the project in mind. I’ll take your shit along with the good.

Because I’m a producer. 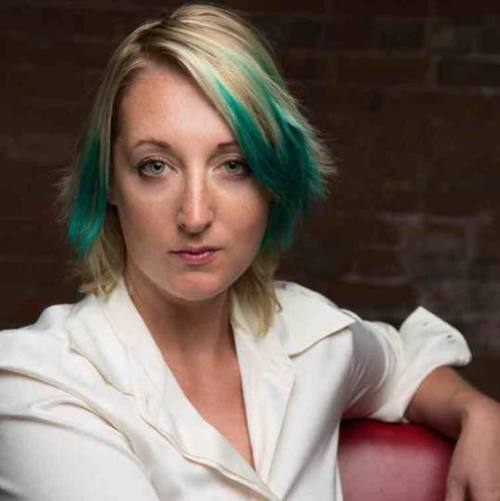 Dezi Barr is a producer in Salt Lake City, Utah, USA. She is motivated to help talented filmmakers give voice to their stories. She has worked on several films,most of which went on to win awards. Dezi was born and raised in Missouri, family brought her to Salt Lake and that is when she became interested in Film.